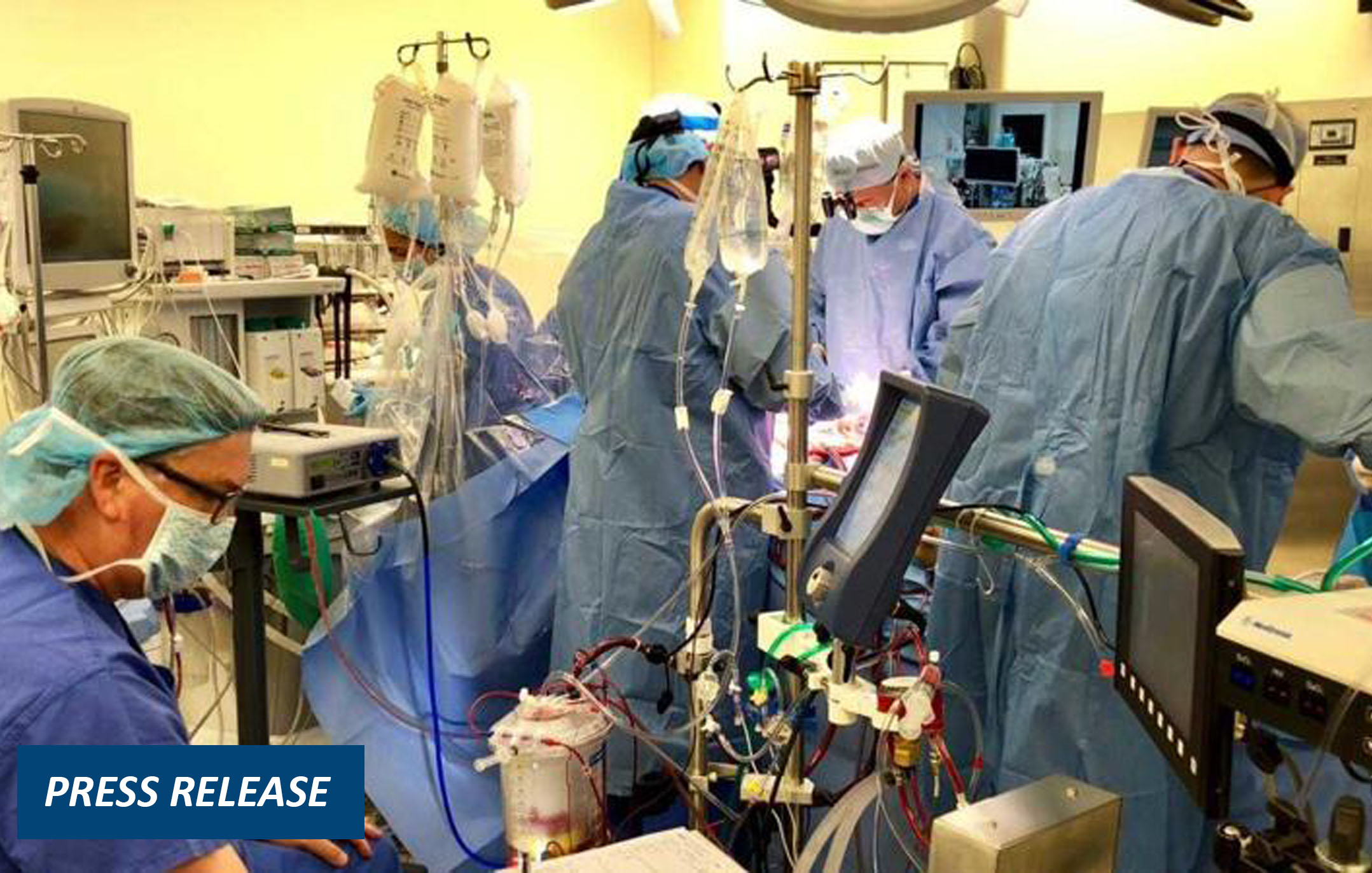 (Wednesday; November 28, 2018) Nine open-heart surgeries were performed successfully this month at Guam Regional Medical City between November 13 to 19, 2018 by cardiothoracic surgeon Noel Concepcion, M.D. The doctor returned to Guam from Modesto, California, along with his team, to conduct the lifesaving surgeries and continue to train GRMC staff.

These procedures count towards a total of 17 open-heart surgeries that GRMC has performed since 2015. Dr. Concepcion performed an initial four procedures when GRMC first opened before issues with H-2 nurses forced the open-heart program to shut down temporarily. In August 2018, the program was revived, and the doctor performed another four successful procedures.

One of the recent patients was Edwin Hocog, who had originally been scheduled to travel to the Philippines for open-heart surgery at St. Luke’s Medical Center – Global City. “When I first heard about Dr. Concepcion, I was thrilled that he was coming to Guam. He had done surgery for my friend and he told me Dr. Concepcion was very good,” said Mr. Hocog, “I felt very blessed to have him do it, so I cancelled my surgery in the Philippines. It was most important to have my family around me.”

GRMC’s Chief Medical Officer Dr. Felix Cabrera is very familiar with Mr. Hocog and his history, having been his primary doctor. “Mr. Hocog’s successful surgery and recovery is representative of GRMC’s commitment to reducing the radius that patients and their families have to travel for critical medical needs thanks to GRMC’s specialized technology, equipment, and staff,” says GRMC’s Chief Medical Officer Dr. Felix Cabrera. “I know Mr. Hocog and his family well from my time as his primary care physician. He speaks with the cheer and passion of a man with a new lease on life. That’s because his heart literally got one. It’s also because he did it with one of the most important medicines we have, which is a daily dosing of love from his family, given in person.”

GRMC expects Dr. Concepcion again in January 2019 and hopes to have him join the hospital on a permanent basis thereafter. Open-heart surgery is a key component of GRMC’s Cardiac care, enabling patients to seek specialized treatment locally.

“The island should be aware there’s a doctor available here and they don’t need the hardship of going off-island,” said Milagros Hocog, Edwin’s wife. “Family support is most important. When you have to go off-island for surgery, you only have one person with you. It’s better for the patient to be here, surrounded by family. It’s better for their recovery.”

For more information about GRMC’s Cardiology department, please call our Specialty Clinics at 645-5500.